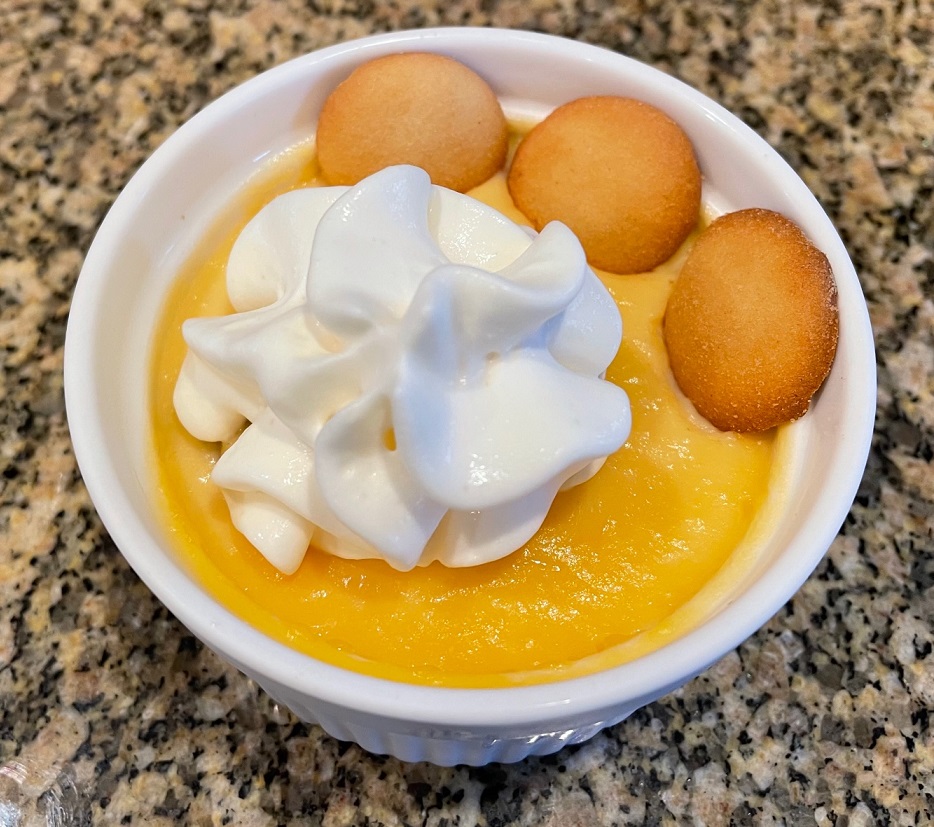 This is hands down one of my favorite desserts – Banana Pudding with Nilla Wafers!

I’m making this one from scratch, not with the box mix. Fun fact, when I go to a BBQ place, I almost always get the banana pudding as kind of a gauge to see how good the food is. I love how the nilla wafers get kind of mushy. YUM!

Full disclosure, this isn’t my recipe. I don’t do a lot of desserts, so on this one, pretty much the only thing I changed was how it is served. I looked at a bunch of recipes and landed on one made by my best friend that I never met, Alton Brown. Alton, presented his version in a large clear bowl showing the layers. I chose to serve my version in ramekins.

I hope the next time you plan to make banana pudding you will take a few extra minutes to make it from scratch. Homemade has SO much more flavor and you know exactly what went into it. Try making your version and let me know how it turns out.

Combine 3/4 cup of the sugar, the cornstarch, and salt in a 3 quart pot.

Add the eggs and egg yolk, then whisk to combine

Add the milk and whisk until well combined

Cook over medium-low heat, stirring constantly until the mixture reaches about 180 degrees - about 10 minutes

The mixture will begin to thicken and bubble around the edges

Remove from heat and whisk in the butter, piece by piece until fully incorporated

Refrigerate until the pudding reaches 45 degrees (I wasn't measuring the temperature, but I DID make sure to wait well over 2 hours to ensure it cooled off)

** Recipe deviation. Alton's version calls for laying out the vanilla wafers on a sheet pan and slowly pour the liqueur over them, then set them aside for 10 minutes. Since I was using ramekins, I put the cookies (6 in each) on the bottom of the ramekin and then drizzled about a teaspoon of the liqueur in each one. After tasting the final product, I think I would add a little more liqueur as I didn't pick up on it at all.

Cover with a layer of vanilla wafers, followed by a layer of banana slices

Spoon 1/3 of the remaining pudding on the top of the bananas and repeat, ending with a layer of pudding

Put the whipping cream in a bowl of a stand mixer

Spoon the whipped cream over the cooled pudding and spread

Refrigerate for 30 minutes before serving

Store covered in the refrigerated for 3 days... if it lasts that long

Since I used ramekins, I didn't do the step of tossing the bananas with the lemon juice. I simply sliced the bananas as I needed them in each ramekin. As mentioned above, I put the wafers on the bottom, put in some of the liqueur, put a little pudding in, then some bananas, and then topped with pudding. I won't judge if you don't make your own whipped cream. 🙂 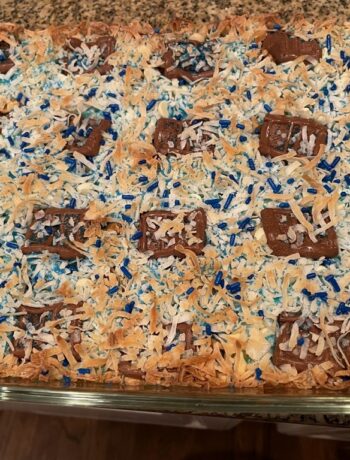 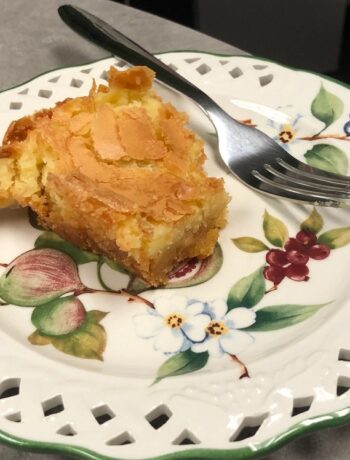 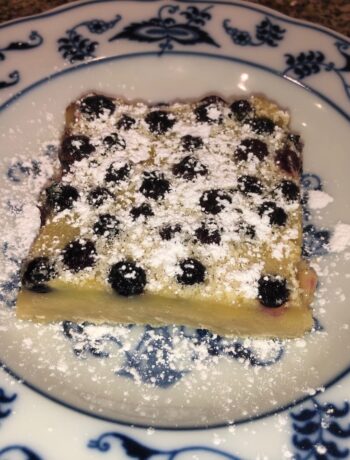