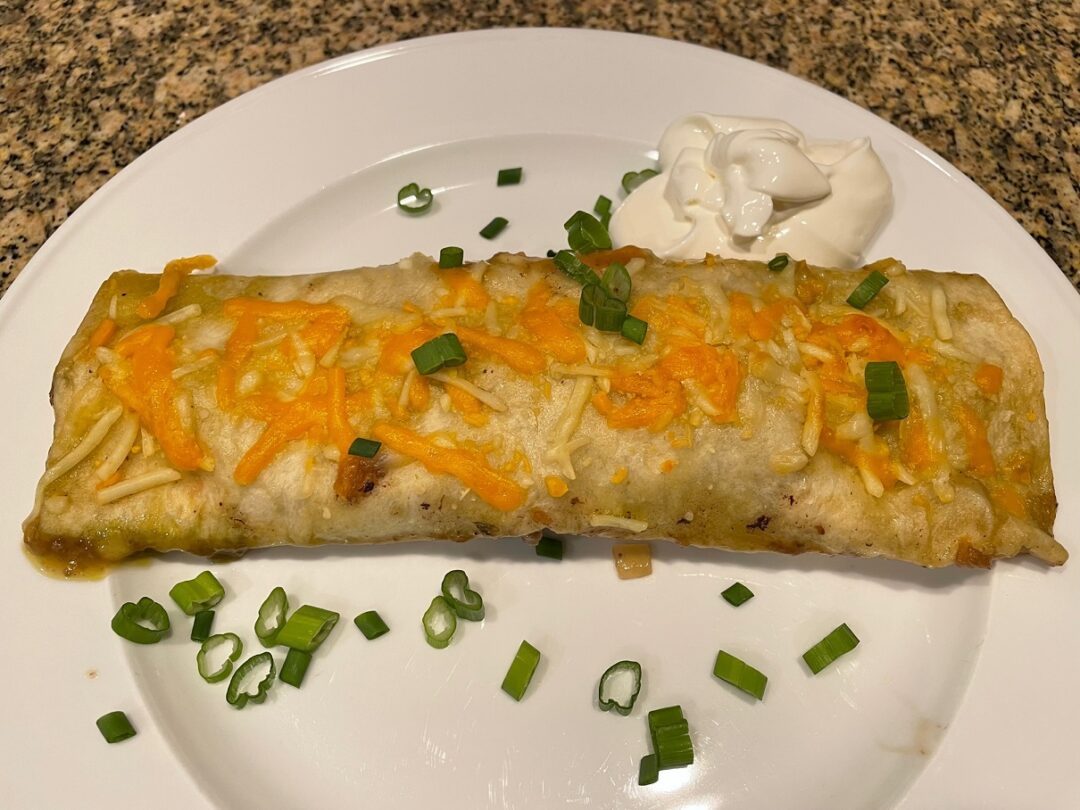 On the menu tonight – Beef and Cheese Enchiladas with Jalapeno Peppers!

Full disclosure, there were mistakes made in the process of making this dish, but it turned out really well. One of the best lessons you can learn in cooking is how to pivot and adapt when you make a mistake or realize after you started that you don’t have a particular ingredient.

In my case, I accidentally grabbed a can of green enchilada sauce rather than the red sauce. I decided to go with it and see what happens. I guarantee that if you walked in as I pulled these enchiladas from the oven you wouldn’t turn your nose up because they have green enchilada sauce. I was doing a happy dance when I tasted them.

Another important lesson in cooking is learning how to use what you have on hand. I had a lot of peppers on hand, and I knew they would be perfect in enchiladas, so in they went! In this case, I had a habanero, a poblano, and some canned diced jalapeno. The flavors were fantastic! Since I de-seeded the habanero, they won’t melt your face. Poblano peppers are pretty big, so I only used about a quarter of it with one pound of meat. Despite all the peppers, it wasn’t overly spicy.

Once I sautéed the onions and peppers, I added the ground beef and browned it. The entire cooking time on the stove was about 15 minutes and another 5-10 minutes for assembly. There wasn’t anything complicated about this dish and it tastes as good or better than anything I’ve had at a Mexican restaurant.

I hope the next time you are in the mood for enchiladas, I hope you will try my version of Beef Enchiladas! 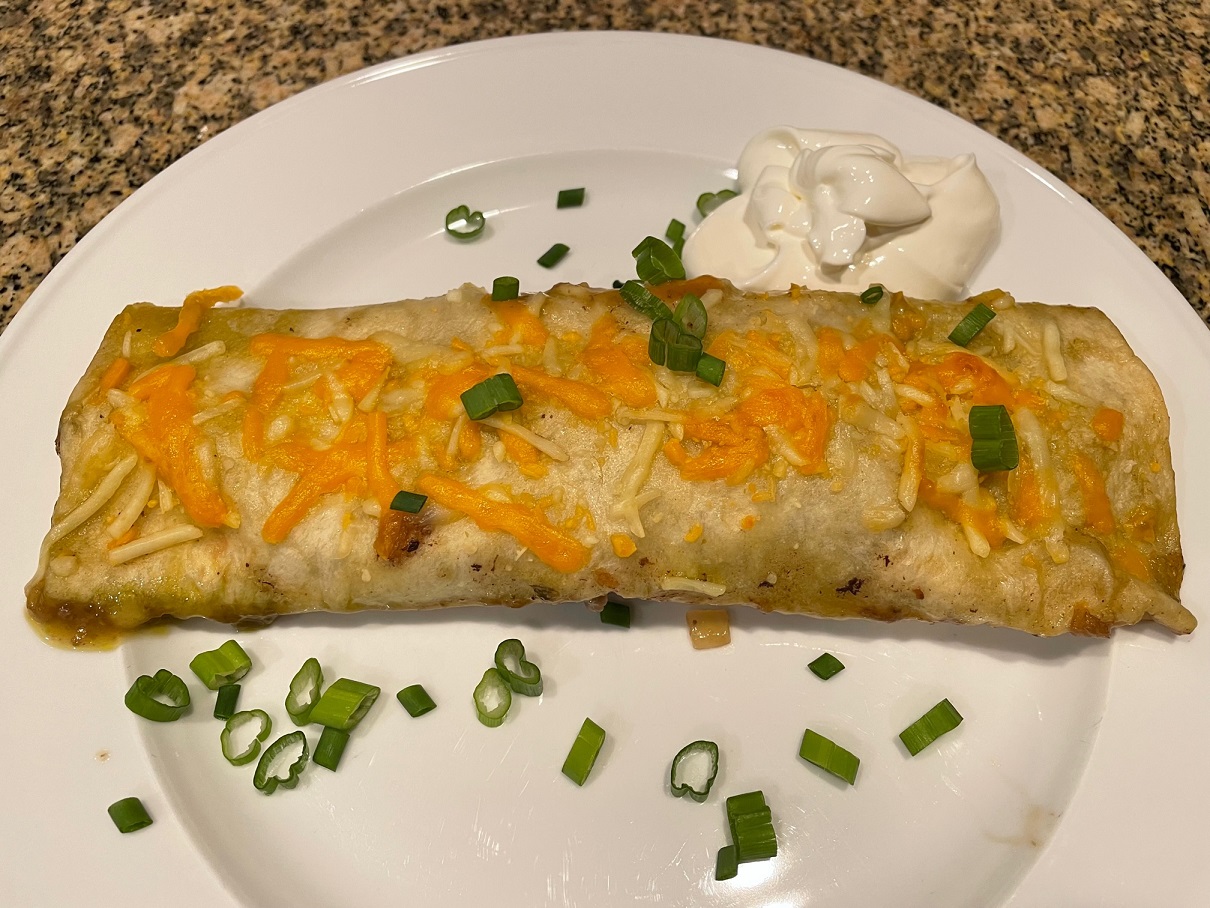 In a large skillet, add the olive oil, onions, and peppers

Cook about 5 minutes until the onions are translucent

Add the ground beef, break it up and brown with the onions and peppers

Season with salt and pepper

Once the ground beef is browned, about 5 minutes, add the flour and cook an additional 2 minutes

Add the beef stock, mix to combine, and let the sauce reduce and thicken

Add the garlic and continue to cook another 2-3 minutes

Cut the heat on the meat mixture and set aside

In another pan, or put the meat mixture in a bowl and use the same large skillet for the enchilada sauce

Add the enchilada sauce and heat over medium heat

Spoon the meat mixture in a line on the tortilla in the center... ish

Tightly roll the enchilada and then repeat with the rest of the tortillas, meat, and cheese

Once all the tortillas are filled, sprinkle a little cheese on top (This isn't the time to smother them in cheese)

If you have any meat mixture left over, evenly distribute it on the sides and/or ends of the enchiladas

After they bake, take out the enchiladas and let rest for at least 5-10 minutes before serving 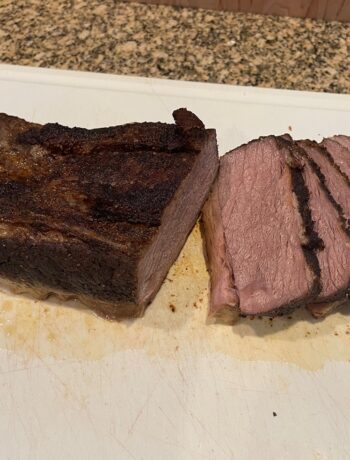 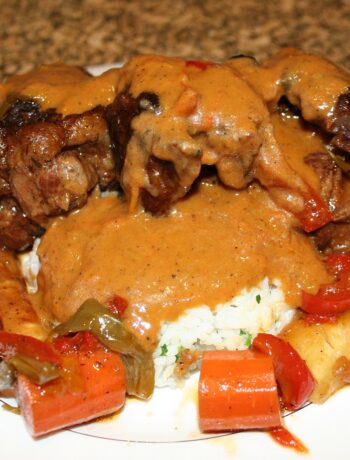 Oxtail with Parsnip and Carrot over Cilantro Lime Rice 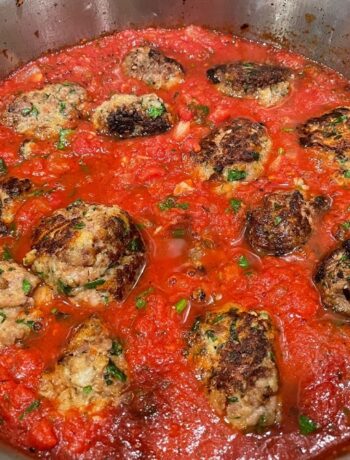 Meatballs and Sauce aka Sunday Gravy