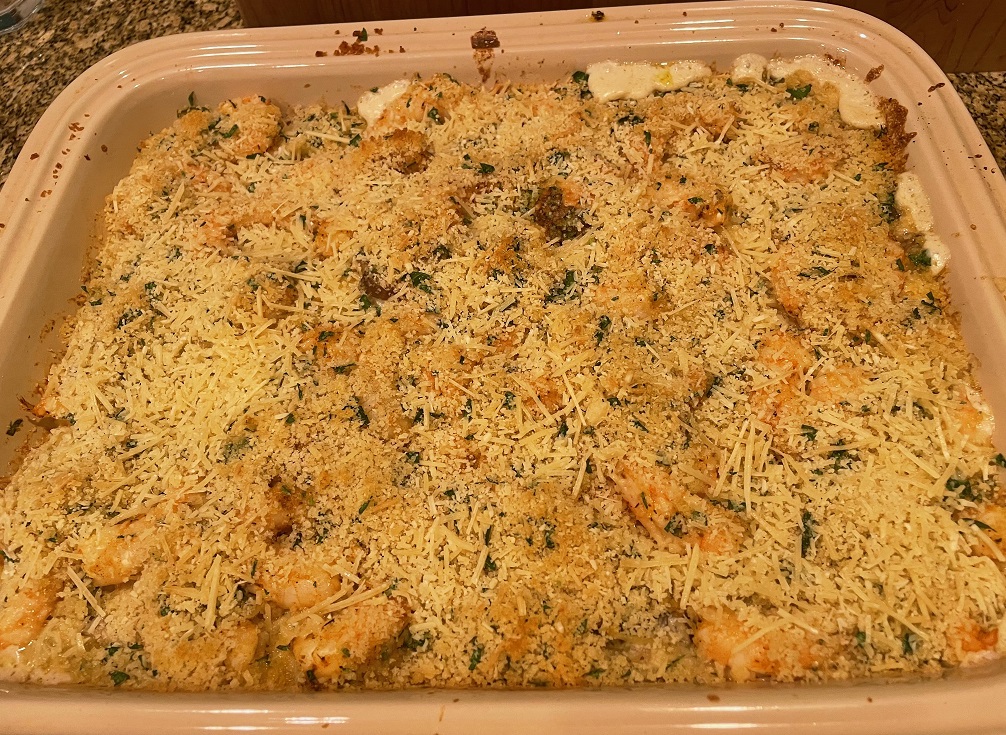 On the menu tonight – Shrimp Tetrazinni!

When I made the Turkey Tetrazzini recently, I was raving about how good it was to my wife. Since she doesn’t eat meat, I was telling her I could make a seafood version with shrimp. That was a couple of weeks ago and last night she was asking when I planned to make the seafood version. So THAT is what I’m making tonight.

Since I used shrimp instead of turkey, I made a few changes to this dish and it turned out really well. I left out the peas and I changed the seasoning a little. Just like the other version, this Shrimp Tetrazzini will feed a crowd. The best part about this dish is how quickly it comes together, especially if you buy the shrimp pre-shelled and without tails.

I hope you will try my version of Shrimp Tetrazinni and let me know how it turns out.

Bring a pot of water to a boil

In another large pot, pre-heat over medium heat

Add the butter and garlic, let cook a minute or two

Add the mushrooms, shallot, and red pepper flakes, season with salt and pepper

Add the white wine and reduce by about half

Sprinkle in the flour and stir

Add the lemon juice and broth, continue to stir

Add the Monterey jack and half the Parmesan cheese

Taste and season with salt and pepper if needed

Add the spaghetti mixture to a 13x9 baking dish

In a mixing bowl, add the melted butter, minced garlic, 1 tsp of the Chef Paul's seasoning, shrimp, stir to coat the shrimp

Top the spaghetti with the shrimp, mix them in if needed but leave a lot on top

Season with the other tsp of Chef Paul’s Fish Seasoning

In a mixing bowl, add the panko, melted butter, ½ the parsley, stir to combine

Top the shrimp with the panko mixture

Bake for about 15 minutes until the shrimp are opaque

Let rest for 5-10 minutes before serving 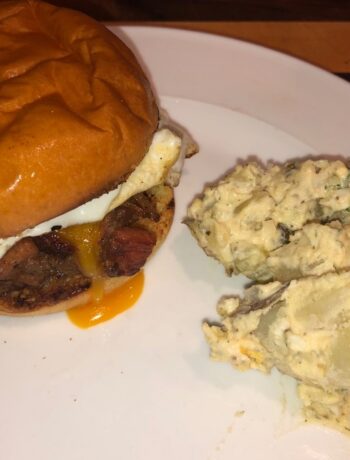 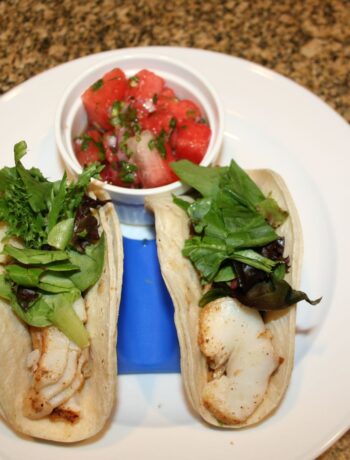 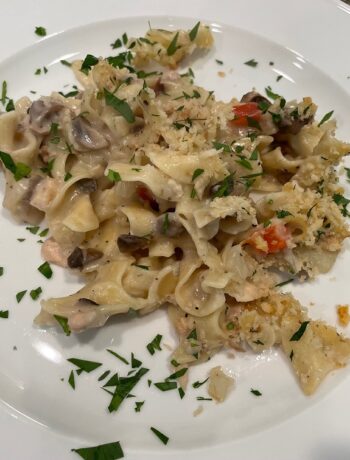 Not Your Average Tuna Casserole