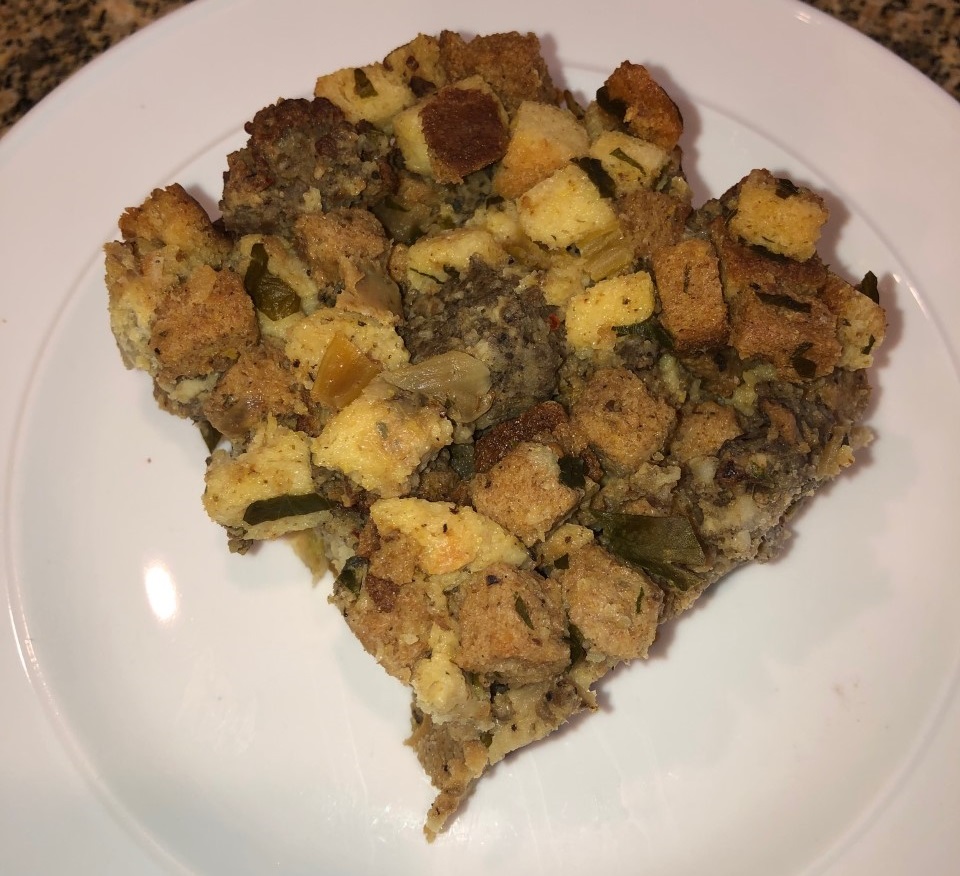 There are a few dishes that define Thanksgiving and stuffing is certainly one them. I make two types of stuffing each year – sausage stuffing and a meatless stuffing using the imitation breakfast sausage.

Before I get a bunch of angry typed comments, I know that technically if it isn’t stuffed into the turkey, it’s dressing. Or depending where you are from, you may call it dressing. I grew up calling it stuffing. Old habits die hard, what can I say?

My sausage stuffing is pretty traditional. I wanted the same familiar flavors I grew up with and I think I captured them well in this dish. The sausage flavored with sage, along with the celery and onions combined with the crust of the bread crumbs… DELICIOUS!

If you don’t already have a dressing / stuffing recipe, I hope that you will try mine.

Preheat the oven to 350 degrees

Grease the baking dish of choice with butter

Add the celery and onions and cook until softened, about 5 minutes

Mix in the sage, then add the broth, salt and pepper to taste

Bring to a simmer and remove from heat

In a large bowl, whisk the eggs, then add the parsley and bread cubes

Gently fold in the sausage and broth mixture until thoroughly combined 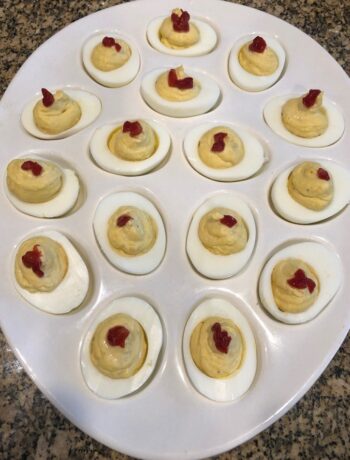 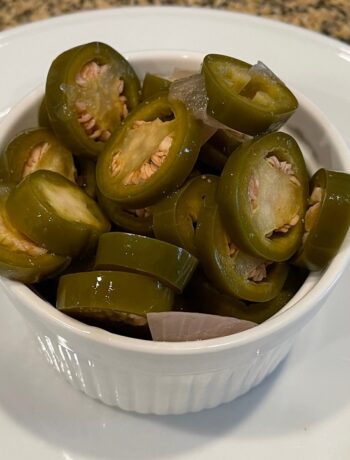 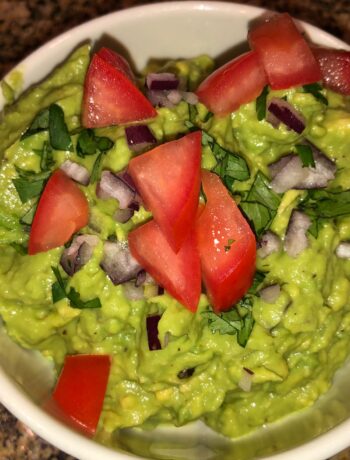